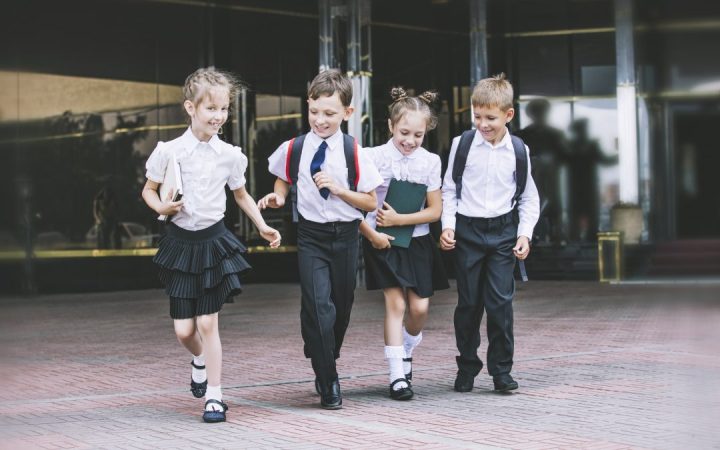 One of the many controversial decisions unfolding in England is this, but is there a right or wrong decision?

I think there is. Schools in England are reopening on Monday. Sooner than many expected. The majority of workplaces, shops, ways of travel are either shut or restricted. So much so, they’re telling people not to use public transport unless it’s absolutely essential for work etc. But is this all happening way too soon? And should primary school pupils be the first guinea pigs if you like, testing the waters after the ‘curve’ in a pandemic?

In all honesty, I think this decision is definitively ludicrous. There’s no other way to go about it. It doesn’t make sense, no matter what angle or standstill you look at it from. They say the reasons for primary school children going back first before secondary school pupils and most workplaces, is because they aren’t at such risk from the virus, plus there parents need some form of childcare like their children going back to school, so they can go back to work. Some children being home are at much higher of abuse or poverty, and school can help provide for their needs. Another reason is because apparently, children of primary age forget what they’re taught much faster, and they’ll fall behind on the national curriculum. I think I’ve covered it all. Oh one last reason; I saved the best for last, is because ‘children miss their friends’.

Now, let’s get back to what the fundamental issues are here. What makes you think parents are okay with sending their children into the unknown? Sending a teenager is bad enough but a young child lets say 6 years of age, they’re literally being used as testing fodder for the rest of the nation. England already has the highest death toll out of the whole of Europe, so why and how on earth could you trust them in having you and your child’s best interests at heart? The decision is absurd.

What happened to putting teachers at risk? I haven’t heard much concern about that. Teachers can be of all ages, they aren’t paid anywhere near the amount they should be, and you’re willing to let them drop like flies? When there’s already a shortage of teachers?

Some of the best and most elite schools in the world like, Eton College and Harrow, have announced that their £40,000+ a year schools, will not be reopening until September 2020 at the very best, so if it’s safe enough for academies and state schools to return on Monday 1st June 2020, why isn’t it good enough for elites? Do they have to see how state schools’ pupils respond to this deadly virus still being in the community, so these privileged few can be reassured that if children from a different ‘social status’ are safe, children from wealthy households should evidently have a good chance of survival?

Even Independent SAGE (Scientific Advisory Group for Emergencies) have stated tirelessly, that schools should not be reopening on Monday 1st June 2020, and the stated date is way “too early”. So why are the government, in such a hurry to reopen schools even though it risks the advice of Independent SAGE that states, such a decision could lead to a second wave of COVID-19. This leaves me with an everlasting question of, why?

The Government is treating our children in no other way than rats in a laboratory, and this is all an experiment. They’ve been warned about the never-ending, mounting risks from scientists, and Prime Minister, Boris Johnson is still adamantly going ahead with what could be a travesty to an already grieve-stricken England. Who does this decision benefit? Only one. The economy.

The faster schools open, the faster the parents are lessened of responsibilities and can go back to work, think of school as childcare, because in a way it is. If schools remain shut, parents will find it immensely difficult to find and fund childcare, then will be unable to help the government financially. As what’s a country without its economic structure?

Understandably, the economy is a vital role of our everyday life. And if it does collapse, many people, businesses and markets could be in even worse situations financially than they are currently. And we are endangered of this possibility, happening. But without life, how can you grow an economy?

We’re risking lives to the financial status of our country. But if lives are lost, there will be no economy, or strategy of building it as humans are a necessity to the growth of a productive system. And we have already seen the government put the economy before our lives, that’s why we have the highest death toll in Europe. Why make that same mistake twice?

What do you think? Are schools going back too early? Would you send your child of primary school age back at this time? Why do you think some private schools aren’t opening yet? Who do you trust to have your best interests at heart moving forward? The Prime Minister? Comment below!

18 thoughts on “Back To Primary School: Too Soon?”