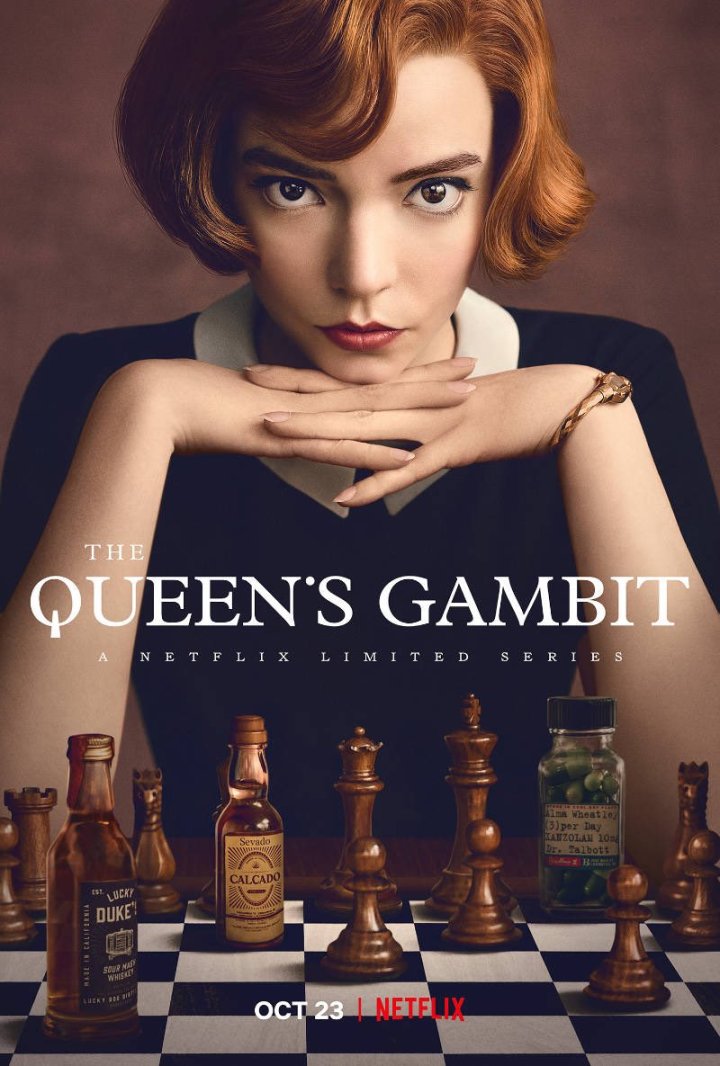 Chess. Or is there more to this drama?

Guess what? I thought this was just gonna be another quarantine show to binge watch. A show to think nothing more or less about. Nonchalant at its very best. An overly hyped show. But was I wrong? HELL YES!

I mean, there’s a reason why it’s Netflix’s most-watched scripted limited series of all time!

I’m a huge chess fan. And player. Have been since I can remember. I’d say from the age of 7, when my brother taught me. I was even a member of the chess club at primary school. Chess was my lunchtime fun! When I was in my zone; to make fun of my fellow club members about their silly moves. The peak of it was my friend who was telling me that she’s allowed to take my king off the board like any other regular piece. I knew the rules, unlike this unfortunate time my friend didn’t, so you can imagine how this argument went down…

I didn’t think this tv show could have me enthralled any more with chess. But it did. Even I was blown away! Let me give you a quick synopsis of what it’s about.

‘The Queens Gambit’ is a 2020 period drama, following the life of an orphan chess prodigy, Beth Harmon (Anya Taylor-Joy) on her pursuit to become the world’s greatest chess player, all while struggling with her inner demons, alcohol and drug dependancy.

Episode one – begins with the tragedy of nine-year-old Beth, losing her mother in a car crash, with no other family members to care for her, is taken to an orphanage. Already piled with tranquillisers, Beth befriends quite a scruffy looking janitor Mr Shaibel, who introduces her to chess. Initially, becoming fascinated with the game, her mind becomes consumed with chess. Recalling with the upmost detail the vital lessons Mr Shaibel taught her, echoes throughout the rest of the series. Fuelling her passion for chess, by night she even envisions the chessboard and pieces on the ceiling, allowing her extraordinary mind to manoeuvre the pieces and hone in on her skill.

Also, could we give a round of applause for Anya Taylor-Joy’s outstanding performance? A truly breathtaking storyteller, her talent is unable to be taught. The execution was like no-other. I’d find it immensely difficult to imagine another actress being able to communicate body language, emotions, and subtle but effective minute details, that only the viewer can truly feel.

FYI, Beth Harmon is a fashionista so if you’re looking for style tips, her outfits are inspirational!

The following segments are somehow even more addictive and leaves you craving another episode. One after the other. You’re on an emotional rollercoaster along with Beth, as there are many aspects that we can individually relate to. I was even tearing up towards the end of the series. Yes, the series is that powerful, I promise I’m not a cry baby.

I’m trying not to give too much away in case you haven’t seen it, but if you haven’t, you better be signing into your netflix account straight after you finish reading my review, of course!

If you’re a chess fan, you’re going to love this series. If you’re a chess novice, you’re going to love this series probably the same amount or maybe even more! Drama’s like these really are inspirational, as it encourages others, especially girls and women to play. Chess is quite a male dominated game, I’m not entirely sure why, but that needs to change. Chess is such a great, fun game, that requires brainpower and strategy; it’s a game like no other.

I’ve fallen back in love with chess! I’ve never fallen out of love with it, but somehow not having a chessboard lurking around, has made me only play it in gaming cafe’s! And in lockdown, that’s hit me like a tone of bricks without realising. Chess is missing from my life since I can’t go to cafe’s! And imagine picking up those chess pieces now… Eww! In the meantime, the chess app has been my number one friend! I used to hate playing chess online as it isn’t the same as holding the pieces and having the chessboard actually in front of you. But ever since I’ve watched ‘The Queen’s Gambit’, if she can envision chess on the ceiling, then I can handle playing on a smartphone!

If you wanna play me on the chess app sometime, and lose…

Have you watched ‘The Queen’s Gambit’? Do you play chess? Do you want to learn? Do you prefer other games? What do you think? Have you caught the chess bug? Did you enjoy this post? Comment below!