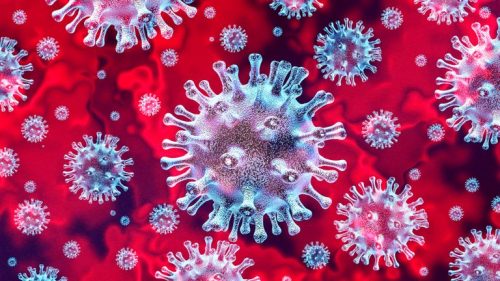 The quarantine law in Jordan says, anyone caught outside will be jailed for up to a year. The car is parked on the street outside, with the boot full of water/food. Do you risk it?

Imagine, since my last post, my macbook completely broke down internally. So three weeks later after repair, I’m back… Again!

I hope everyone’s well through these tough, uncertain times. I live in England, so as you may already be aware, it’s one of the latter countries to ‘lockdown’. It’s very interesting how each country around the world, has a different definition into what lockdown means to them and varied severities of punishment if you’re caught outside. In the country I live in, the government have said, people should only leave the house for four reasons: shopping for basic necessities, exercise (only once a day), any medical need and travelling to work if you cannot work from home. If you’re caught out for a reason that isn’t mentioned above, police can fine you at least £30, so I call that a slap on the wrist, not that harsh, and to be honest, should be harsher.

Now, I’ve been hearing other countries have put in much more stringent measures, like authorities in Italy, warn that those who come down with a cough, fever or other signs of the deadly Sars-like disease who avoid going into quarantine could risk being charged with attempted murder – which is 21 years in prison. I mean if that doesn’t terrify you to stay inside, I don’t know what will!

In places like Jordan, residents face a year in jail if they leave home – no grocery shopping, no pharmacy visits, no short walks. Such have been the sort of dilemmas facing people in Jordan since the morning of Saturday 21st March, when the Middle Eastern kingdom introduced one of the most stringent anti-coronavirus regimes in the world. A government spokesperson said Jordanians will have had to make do with basics for the next few weeks. An unprecedented scheme has begun for the delivery of bread, water and pharmaceuticals to the population of 10 million. Only time will tell of how successful that scheme is.

New York’s numbers of coronavirus victims are harrowing, America are in need of more ventilators (along with the rest of the world), and the manufacturers producing these vital machines increased the prices from $25,000 to $45,000 just because they’re in ‘high demand’. Who’s profiting from the almost 100% increase in price? Not the patients who are in dire need. It’s the avaricious companies. Now is the time to come together, it’s the human race who is involved. We get the world can’t go around if everything is free, but show some compassion, why skyrocket the price now?

NHS workers in England have been at the frontline of this pandemic here, without the protective resources they need. They haven’t even been tested for the virus. Doctors and healthcare professionals were told by the government to buy protective gear themselves. Here has lacked authority and an ambiguous plan of how we will surpass this distressing time. The UK Prime Minister, Boris Johnson was shaking hands with coronavirus patients, and said something along the lines of, I’m throughly washing my hands afterwards so it won’t affect me. But look, now you’re covid-19 positive. Did it take a scientific advisor to work out why you caught it?

Only now when people including those who work in healthcare are dying, that’s when the government(s) order enough supplies for hospitals. ‘The United Kingdom will have done well if it comes through the coronavirus crisis with fewer than 20,000 deaths’, Stephen Powis, the national medical director of the National Health Service, said on Saturday. Imagine hearing that from the medical director in your home country. You’ll feel like you accomplished this pandemic sufficiently if 20,000 human lives are lost? Imagine at least one from each family. How many families will never be the same again? How can the national medical director even think those words never-mind begin to fathom saying it.

In times like these you realise what the state thinks of you. As numbers. Nothing more, nothing less. It’s us that have to protect ourselves to ensure perished numbers worldwide are considerably less than what these ‘officials’ predict. They see the world as overpopulated, but every single individual means something to someone out there. We can’t rely on Governments to have our best interests at heart, as so much goes on behind closed doors that we’re oblivious of.

A life is a phenomenal gift. Let’s do our upmost best to protect each and everyone. Please stay inside, according to your countries rules. Even if their rules are more flexible than others, remember home is where the heart is and now, life is there too. Protect everyone, taking this pandemic seriously is saving other peoples lives and your own.

Remember, all for one and one for all.

How are you getting through this time? Are you isolating? What do you think of all this? Please share your opinions and thoughts!