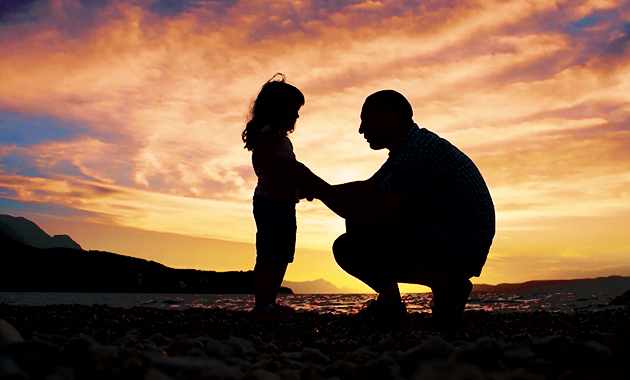 I can’t put a tracker on an invisible man.

It’s a wound that I band-aid, but it still remains deeply open.

You may have noticed that I haven’t been that active on here recently. I’ve wanted to be, but I just haven’t had the mindset to write or blog. I haven’t really had the mindset for anything. As you’ve gathered by the title, it’s because I was trying to find my father.

Now, I’ve tried to do this many times since I was around 11 years old, with no success. So sometimes I take it up, hoping it goes somewhere, but knowing deep down it probably won’t, as everything else has failed.

I’ve even got a researcher involved this time, and I initiated this search around 3 months ago now. But these things take time, if anything even amounts, so I just carried on with everyday life. Around 3 weeks ago, I thought I was really getting somewhere, I almost found it hard to comprehend that his existence may even be a possibility.

Even though I know he’s a person, the last time I saw him was aged 2, I have no photos or anything, so I don’t have any recollection. It’s really like searching for the unknown, even though he knows I’m out there.

So when I felt like this recent search had it’s biggest break in forever, I still tried to keep very composed as I know usually, it doesn’t lead anywhere. But even a few people around me were quite sure it’s the guy, I started believing, oh maybe it is. Certain things matched up, other things didn’t.

I was very much in two minds, but obviously hoping for the best inside.

Now, it feels like I’ve hit a wall. Such a wall that it’s almost impossible to knock down or get past. It feels like the possibility of maybe finding my father is slipping away again and there’s nothing I can do. I try chiseling, at the wall, but no amount is enough, or even making the slightest difference.

Emotionally for me, it’s been a rollercoaster. I always get emotional on the topic, so I normally just talk about something else, or think about it for a bit, try some searches, then put it towards the back of my mind as much as I can.

This time, it feels like I’ve been close, but so far away. I’m on one side of the wall, and he’s on the other. My emotions automatically were thinking what if? For the first time in forever, when usually there is no hope left in me.

Mentally, I feel broken. I’ve had bad depression etc in the past and try to put a lid on that so most days are okay and better than before. But since this recent ‘search’, I can’t explain the void I feel. It’s more than depression, it’s like emptiness. Loneliness. Non-existent. Just in a low mood. I try and act “normal” and in some moments I’m okay, but mostly, my mind is just in a certain place it hasn’t been in before, even in my pasts worst times.

When I was really young, I used to see all my siblings either have the chance to have their father involved one way or the other. So even at that age I felt alone and ostracized and thought to myself, “oh he’ll send me a letter or something at some point”. Then as the years grew it’ be, “oh he’s waiting for me to turn 16 so then he’ll be able to see me, as I’m above age to make decisions”. Then when I turned 16, the thought process would roll onto 18, then when I surpassed that age without hearing anything, it’d be 21.

Then when 21 comes, you think, “oh maybe it really isn’t going to happen. Is he dead? He know’s he has a daughter, why hasn’t he tried to find me?”. And I can’t answer it.

Does it get easier as you grow older? The answer to that is no. I can only speak for myself, but every time you think about significant life events like your wedding or the birth of your child, you’re reminded he won’t be there. Not having a father or even grandfather to maybe even try and fill that empty space, makes it even harder. It makes it even more realistic that he’s nowhere to be seen. You even begin to think you’re irrational for even thinking you should have a father, and maybe that term is just a figment of your imagination.

Not having an option sucks, more than anything I can describe. Not having any closure. Not having an image of your father to fill the blank canvas I have in my head. It’s like living a nightmare for your whole life.

What makes it worse, is when you know so much about your mother’s side of family, so much so, you don’t even want to hear anymore. And you lose interest. As the scale is completely imbalanced, and there’s no weight at all on my fathers side. I know basically 0 about him or them. So in my mind, it gets kind of pointless to know virtually everyone on my mothers family tree, and have a clean, empty other side.

I don’t feel at peace.

I feel like people are purposefully stepping on my hope to find him constantly, hoping I forget half of me ever existed.

How can that be?

What are you hiding?

It’s mental torture. Everything’s stuck in my head, unable to be freed.

Living a life, pretending that your daughter doesn’t exist, and making no attempt to make contact. It’s unimaginable, and will follow you to your grave.

It’s one of the worst things you can do in life.

Would you have cared if I died?

How can you sleep knowing you or your children may have walked past me in the street?

The best thing I’ve heard to date, is that you may have been living literally only round the corner from me. Lying that you lived in another city. If that is you… I’m sure you can fill in the blank.

To anyone reading this, I’m sorry I haven’t been as active on here. I try and post as much as I can, and will continue to do that. I just may not be as regular, but I will try my upmost. I hope this explains as to why I’ve been a bit vacant.

51 thoughts on “My Untraceable Father”